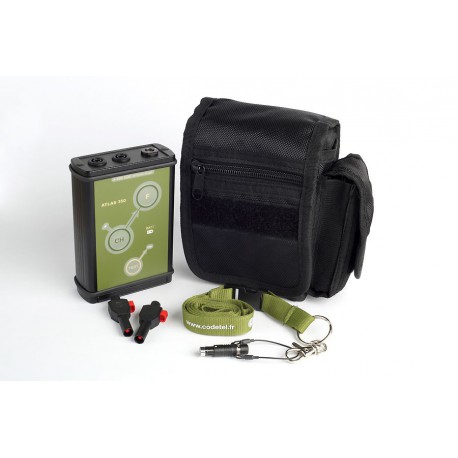 The exploder ATLAS-350 is supplied by a single lithium photo battery (cheap and widespread). A bicolour led indicates the state of the battery.

ATLAS-350 exploder features many security levels : safety key, permanent shunt on the firing output, battery voltage monitoring, automatic discharge of the capacitors when the charge button is released, permanent measurement of the capacitors voltage, to fire 2 buttons must be pressed simultaneously, firing is allowed only when the capacitors are charged enough, safety sockets and plugs, monitoring by micro-controller, self-test of the control panel lights.